Posted on November 5, 2014 by thewindykitchen 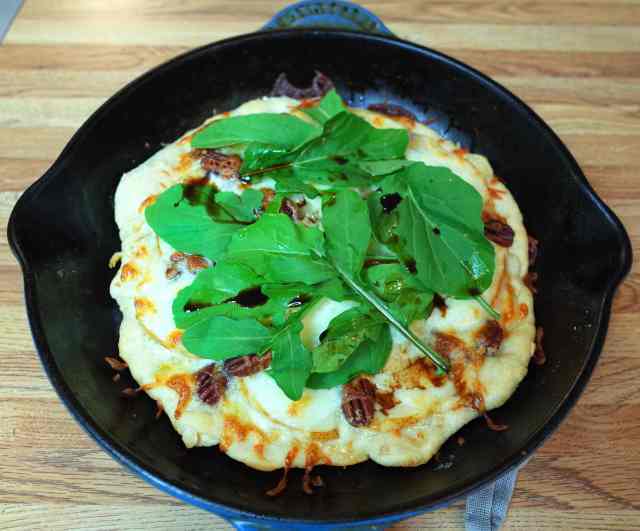 Wow, it’s been a while since I posted last! To make a long story short, around the beginning of this year we decided to look into buying a condo/house since someone really wanted room for a dog and a bigger kitchen! Fast forward months of open houses, pre-approval, a few offers, an escrow period made difficult at times by incompetent people, we finally have a house…and lots of work to go with it 🙂 For now, I’ve mostly been focused on keeping the yard under control (I swear our ivy wants to take over the world! :-)) and trying to produce some veggies. Luckily, we live in Southern CA so there is still hope for some produce before the frost. Unfortunately, the neighbors’ cats are in the habit of using our soft garden soil as a litter box and the neighborhood squirrel is a heirloom tomato thief!!! So far, I’ve been protecting the vegetable patch with thorny branches from our Bougainvillea tree and coffee grinds, but any other advice will be much appreciated!

On a positive note, I did manage to get a few arugula plants to grow and I decided to use some of their leaves on a pizza this past weekend. The inspiration for this pizza comes from a lunch we had at Gatta Ci Cova (sister to la Pecora Nera) in Costa Rica many years ago. All I can remember is that it had pears and some blue cheese and maybe walnuts…and that it was tasty of course, so I decided to give it a try and top it with some of my own very fresh homegrown arugula leaves 😉

Preheat oven to 450 F. Since I used a cast iron skillet for the pizza, I also preheated the skillet. Roll out the dough and add it to the skillet or pizza pan. Pre-cook the dough for about 5 minutes. Remove from oven and brush with some olive oil. 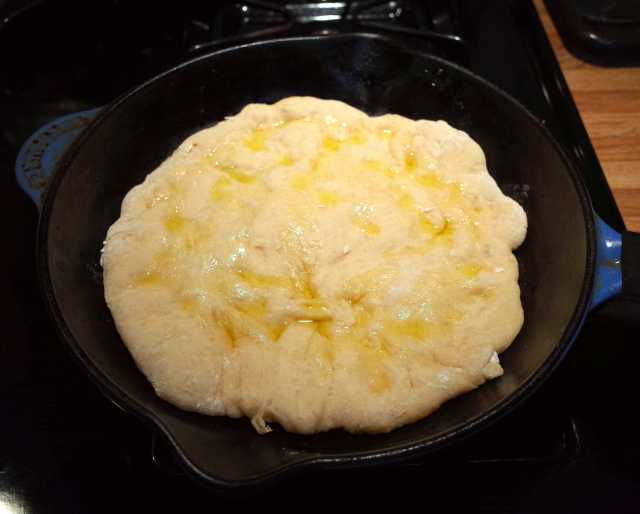 Top dough with gorgonzola, and pears. 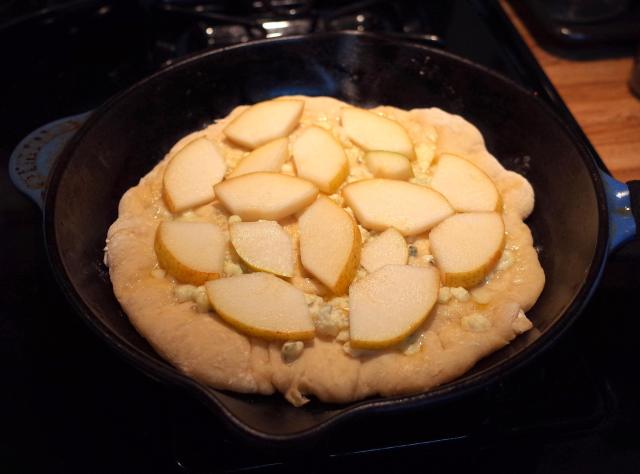 Top pears with the pecans if using and cover with shredded mozzarella. 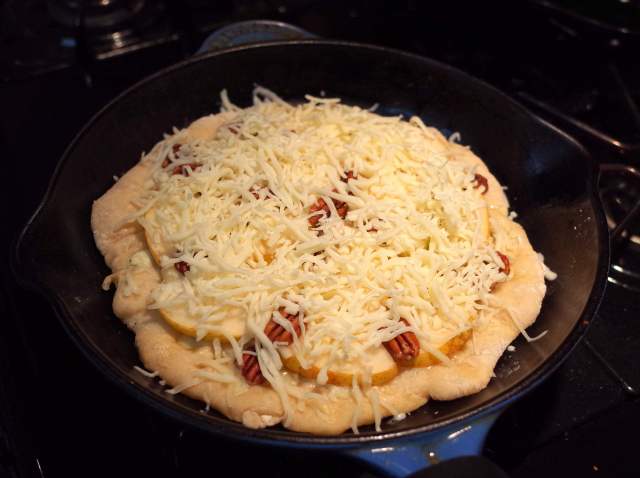 Return skillet to the oven and bake for ~ 10 minutes or until the pears are softened and the cheese is melted. Remove from oven. 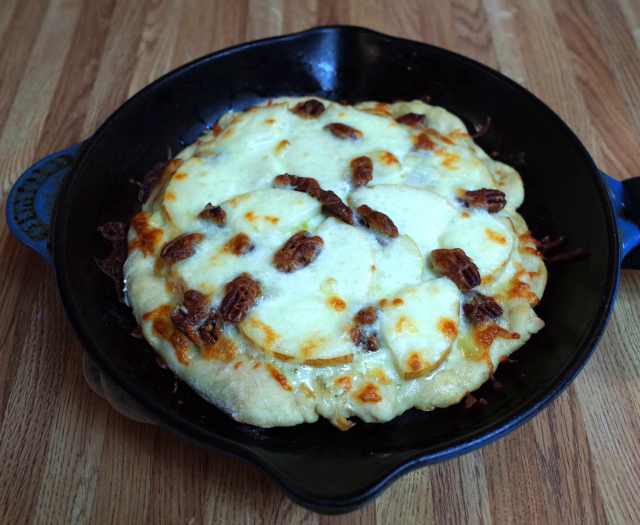 Top with arugula leaves, drizzle with some balsamic vinegar, slice and serve! We had this for dinner with just some salad (using some cherry tomatoes from the garden that I saved from the evil squirrel), but it can be served as an appetizer as well.

Given the shorter days and the colder temperatures, I’ll probably end up spending less time in the garden and more time in the kitchen in the coming months…what better way to warm up on a cold fall day than by baking? 🙂

Hope everyone has had a great Halloween despite the colder weather! We underestimated the amount of kids trick or treating in our new neighborhood! I naively thought we wouldn’t get so many visits given that we didn’t get home until after 7pm and in Chicago they set trick or treating hours during daylight, but that was obviously not the case in our neighborhood. We will definitely need a lot more candy next year, especially since it’s going to fall on a Saturday 😉